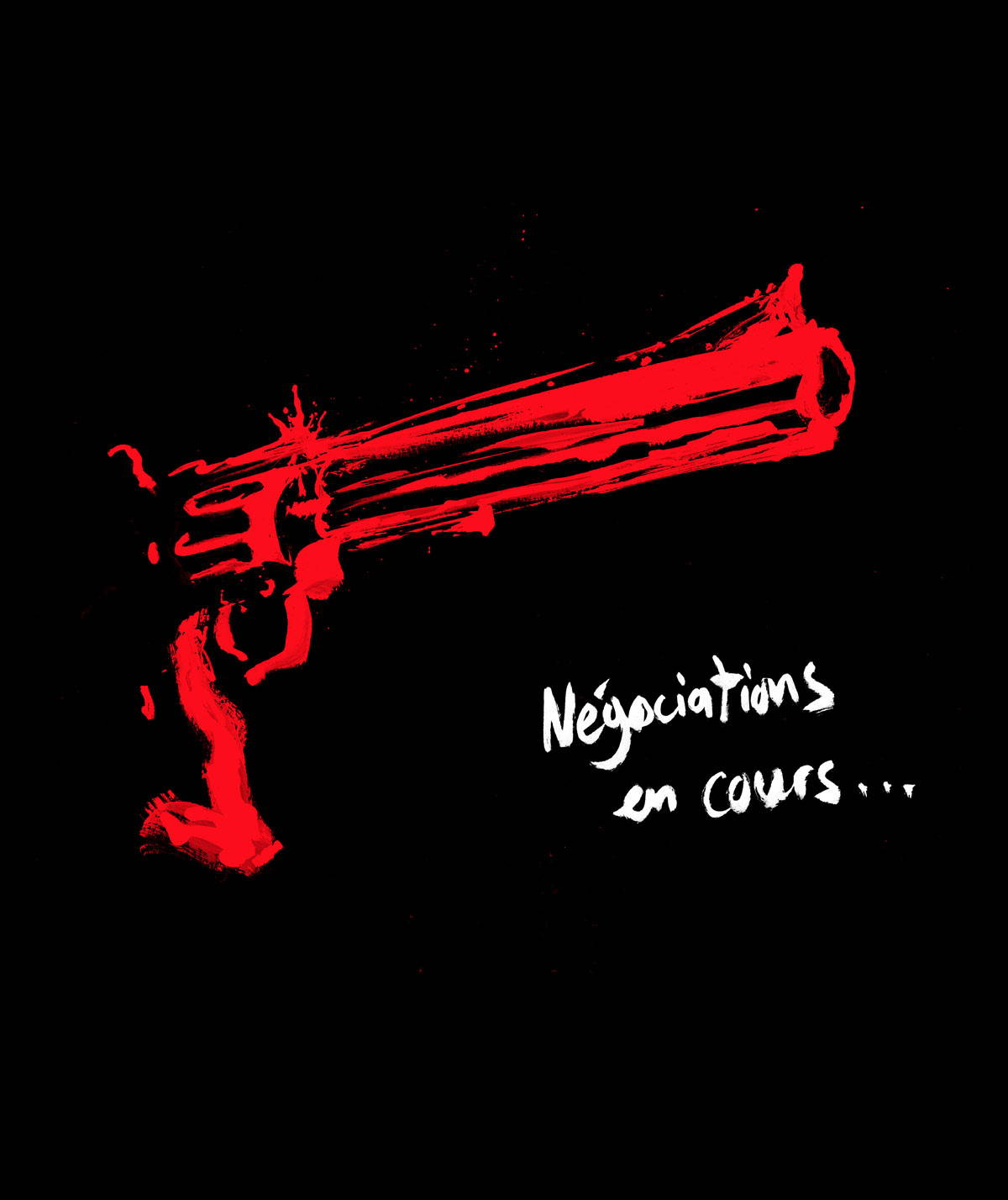 Je me souviendrai / i will remember

While leafing through Fred’s illustrations in Je me souviendrai/ I will remember, one thing stands out: the images are straightforward and striking. While the tone is more politically motivated than usual, there is continuity with his other projects: the characters embody grand ideas and, as is often the case in the stories Fred tells, they’re being tested by a world that will make them grow. The difference here is that the subjects and the world around them are in violent conflict. The environment the illustrations are set in is not another protagonist, but rather a negative force that ensures the characters will suffer some kind of misfortune.

Je me souviendrai is a project about Quebec’s 2012 students protest, better known as the Maple Spring. What was that period like for you?

It was a collective project launched by André Kadi in the wake of the Maple Spring. Things were getting heated in Montreal and protests had spread to Quebec City in front of the National Assembly.

At the time, negotiations between the government and student union leaders had broken off.

That’s when André took the initiative - rather hurriedly – to bring together a slew of people and start the project. It’s an eclectic anthology that documents the events surrounding the student protests as seen by an array of artists in the form of texts, illustrations, photos and comics. André had already done some comics with the La Boîte à Bulles publishing house in France and they wanted to do something on the events happening in Quebec. So he invited me to participate.

I hesitated at the beginning. I’ve always admired artists like John Lennon and Roger Waters - guys that took a stand on social issues that were important to them. But I wanted to find the right angle to tackle this subject.

When the idea for La Vigile came to me, I really got into it and the drawings, the posters and the illustrated story came together lightning fast. The book was done in two weeks! I drew some 30 pages – two dozen of which were for N’a plus sommeil qui veut, a text written by my friend and author, Simon Brousseau. I had asked him to write something I could illustrate. 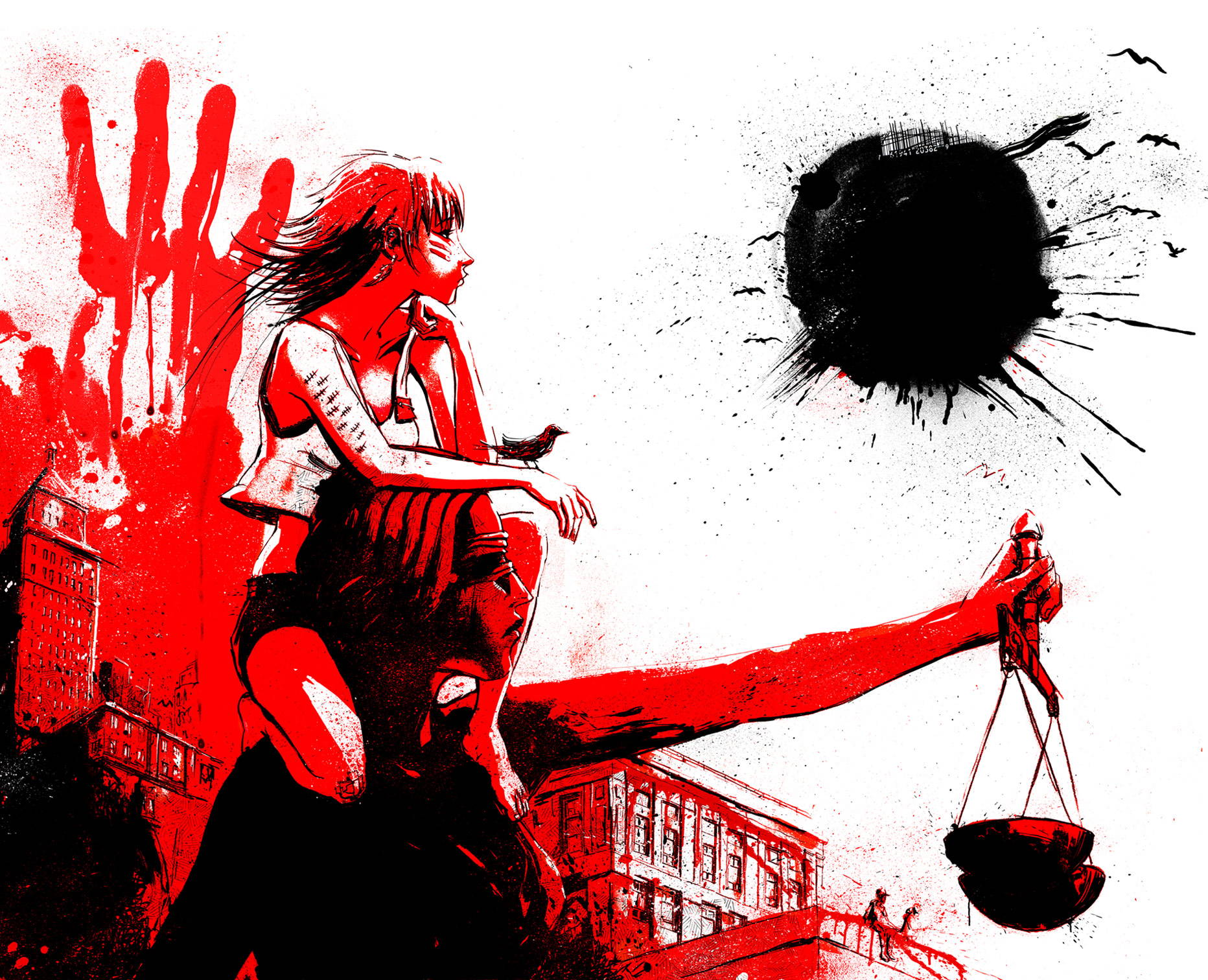 How did you find inspiration for your illustrations?

At first, I was inspired by the Statue of Liberty. It’s a strong symbol that I have always appreciated, ever since I was a kid. I found myself at the foot of Lady Liberty when I was 14 and it’s one of the most beautiful things I’ve seen in my life.

After drawing lots of sketches, I finally had this idea of a young woman who’s watching over everyone and she’s sitting on the shoulders of the statue of Lady Justice. It’s an iconic image that depicts morality and the law – Lady Justice has a sword, a scale and she’s wearing a blindfold to symbolize her impartiality.

Some of my illustrations like l’emmerdeuse or my poster with a slogan that reads, “Médias achetés, Médias à jeter ! ”, which means Impartial media should be thrown out!, come directly from my research on France’s May 1968 protests. I see a strong parallel between those events and Quebec’s Maple Spring.

Are there any other social or political events that moved you in the same way?

When I was 17, I witnessed protests during the Summit of the Americas in Quebec City. It was crazy to see so many fences and such a heavy police presence put in place just so that heads of state and policy makers could hold meetings. Most of the Anti-FTAA protesters looked more like hippies than guerrillas and yet they were treated like criminals by police. My first ever painting was heavily inspired by what I saw going on there and it marked the work I did in the years that followed.

I eventually stopped illustrating those kinds of images. Or rather, there was a change in my tone over the years. I added a lot of nuance and put an emphasis on empowerment in my work rather than simply depicting violent actions. Criticizing for the sake of criticizing can end up being tiring. I prefer to build and inspire. That’s what I tried to do with that project.

I couldn’t miss out on that opportunity. The protests against the Vietnam War, May 1968 in France or the Maple Spring here in Quebec are major societal events. Many people were cynical of youth a few of years ago: “Young people and their cellphones, they are individualistic, disconnected, etc.” Yeah, okay, they have cellphones but they’re also politically aware. The Maple Spring gave a taste of political action to many Quebecers, especially young people. 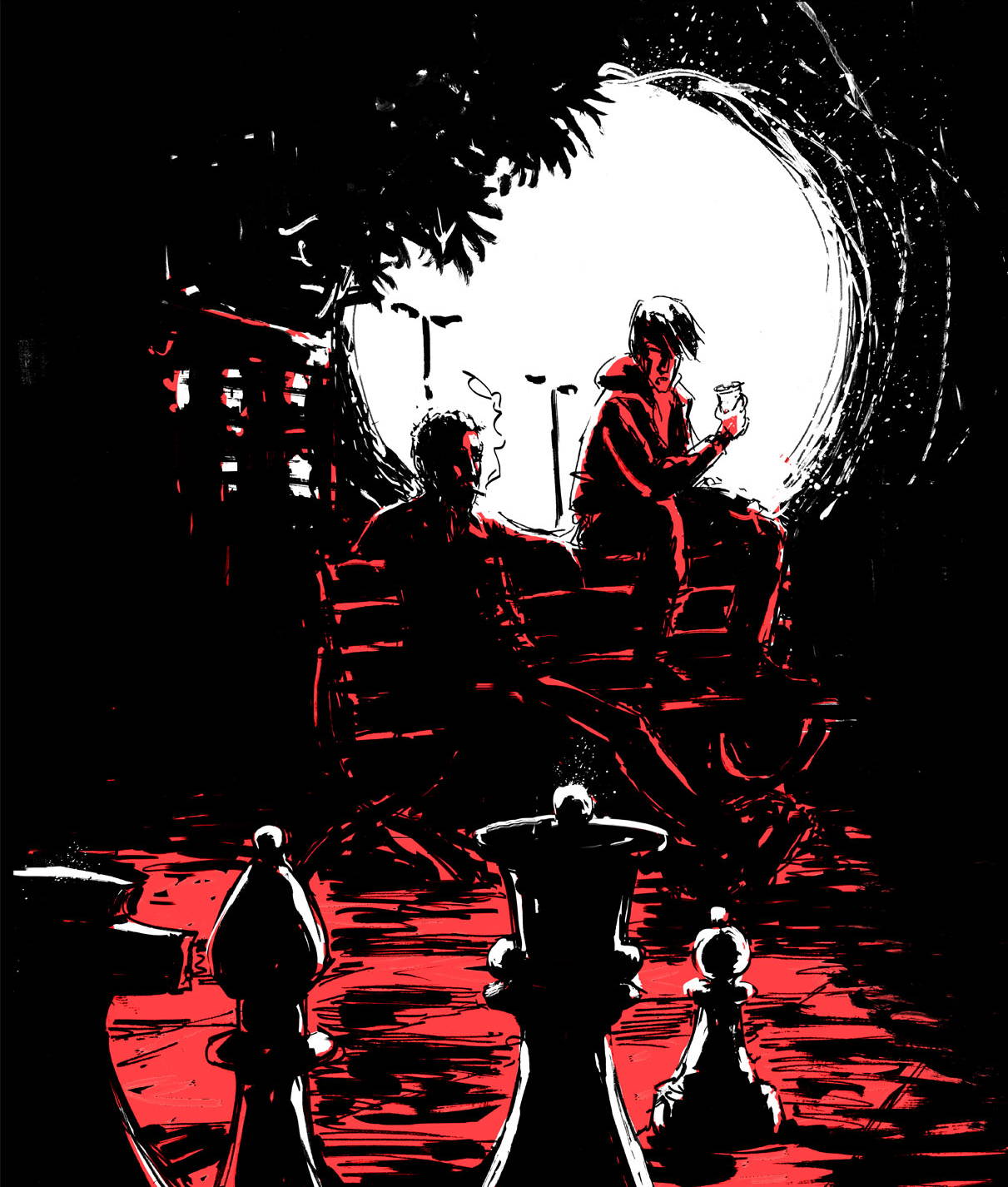 There’s a sentence I like in Brousseau’s text that made me laugh when I read it again recently. At the same time, it’s a very serious quote and those who protested at the time will no doubt remember the mood that reigned in the streets:

It reads, “There were ten thousand of us. I can only hope there will be more of us tomorrow. They can’t throw us all in prison. They can’t fucking kill us all.” 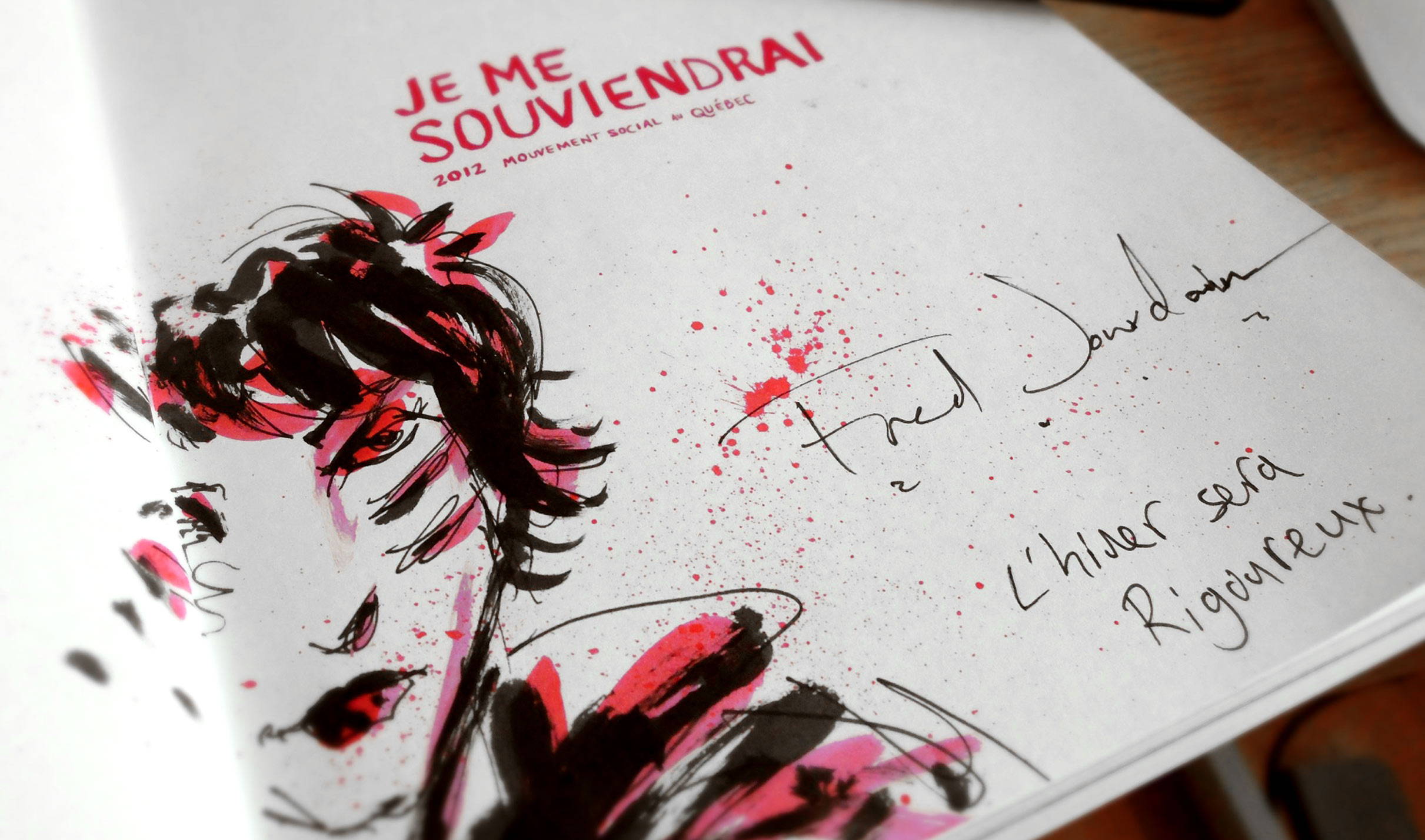 Project - Je me souviendrai / i will remember

It’s a resounding cry out loud from journalists, cartoonists, illustrators, photographers and authors from many different backgrounds who wanted to tell the story of the 2012 student protests in Quebec, better known as the Maple Spring.

shop - Je me souviendrai / i will remember

See the illustrations collection from the novel.

The Blue Dragon is a graphic novel adaptation of the the play by Robert Lepage and Marie Michaud. This project was both a springboard and a challenge for Fred who devoted two full years to creating it, from 2009 to 2011.